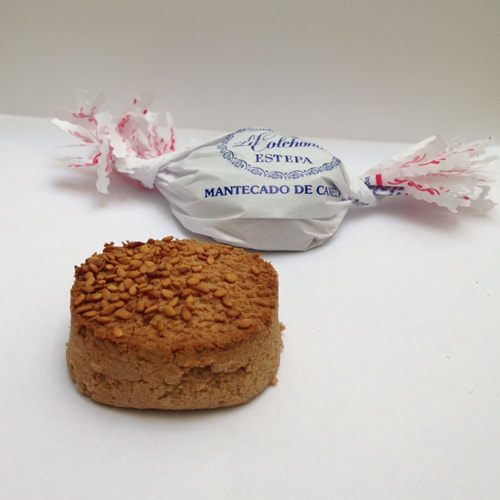 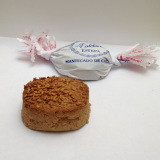 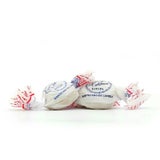 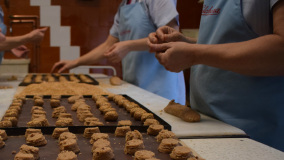 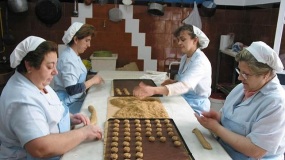 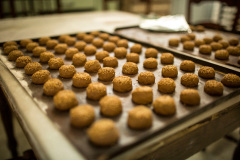 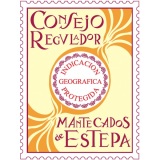 Traditional Mantecados are prepared by delicate hands, following the genuine artisan production method. Kneaded with cinnamon and covered with sesame seeds. These are handmade by La Colchona and baked in a wood stove. Typical Christmas sweet cake made with flour, lard, sugar, ground cinnamon and sesame seeds. It is shaped into small cakes and wrapped in paper.