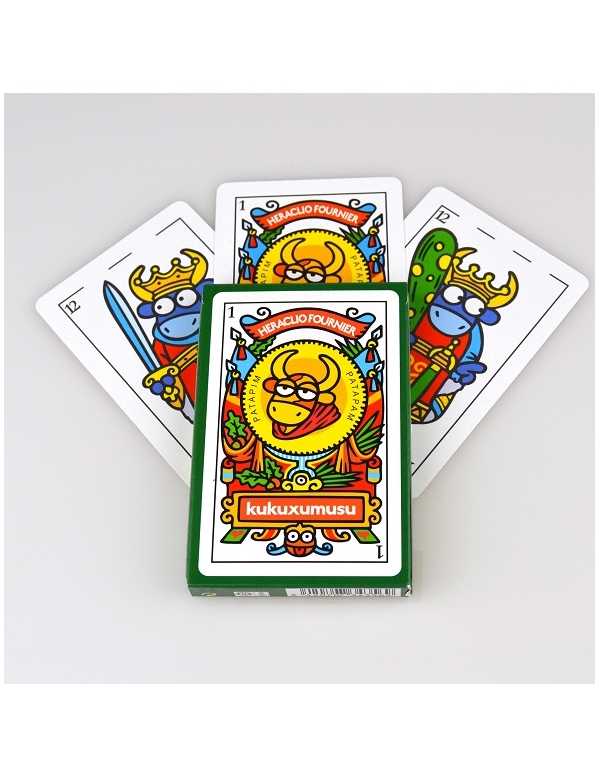 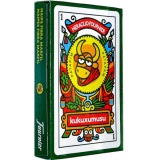 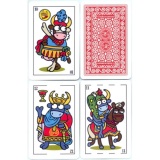 Kukuxumusu is a Spanish company that is famous the world over for its playful images of bulls and other characters drawn from the running of the bulls in Pamplona. As Fournier is located in the Basque Country, next to Pamplona, Navarra, the home of the San Fermin festival where the running of the bulls takes place, the Kukuxumusu bull and friends are a natural match for a traditional deck of Spanish playing cards. The deck includes 40 cards with red backs, packaged in a cardboard tuckbox.