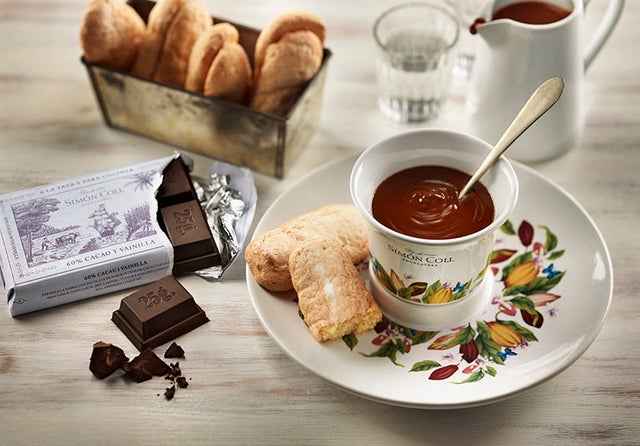 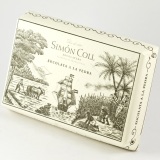 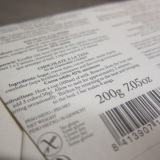 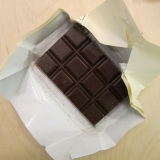 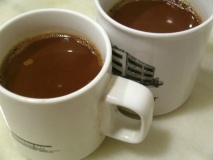 This box contains 20 bars of chocolate of 200g each.

Add to Cart
The SIMÓN COLL brand kept some of its more traditional chocolates in their original packaging dating back to the end of the 19th century. This is the case of, for instance, the thick bars of "chocolate a la piedra" (stone chocolate) also known as "chocolate a la taza" (chocolate by the cup), which evokes the origins of chocolate in Europe, when cocoa beans were ground on a stone, the Aztec "metate", and chocolate was consumed exclusively in drink form.

This old design features the illustration, appropriately naive, of the original SIMÓN COLL sailboat between two landscapes, with people ploughing a field and collecting sugar cane respectively, symbolizing both shores of the ocean. Once the brand had been redesigned and was ready to be applied to these products, we not only kept the historical pattern but also took the opportunity to make it more faithful to the original artwork. 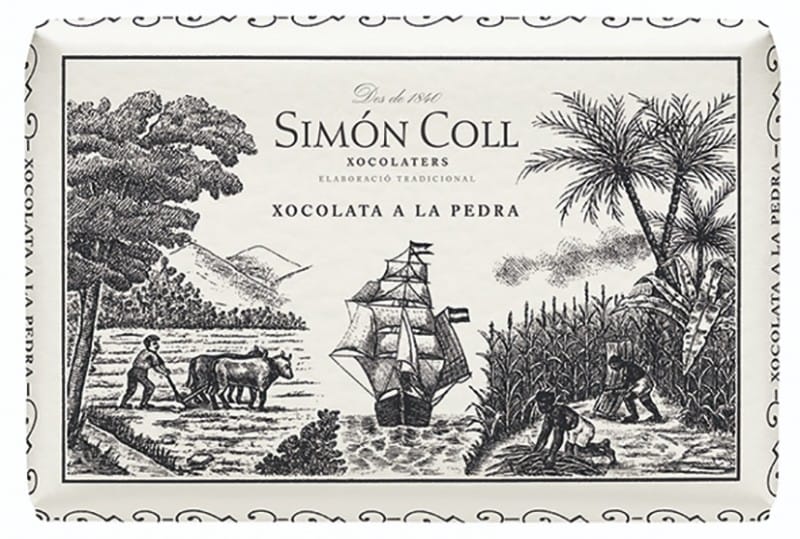