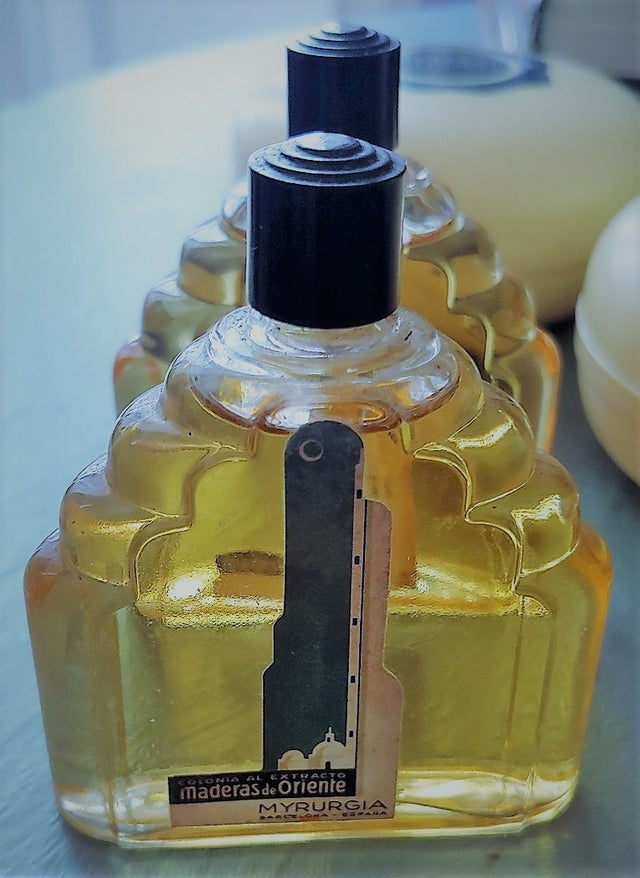 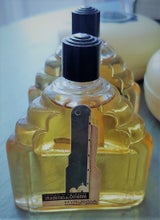 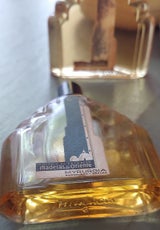 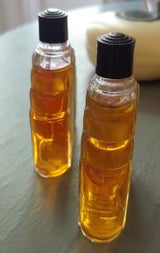 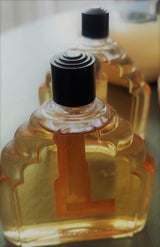 Vintage new Oriental Woods by MYRURGIA. Very rare to find. It is a woody scent with top notes of Bergamot and Neroli, heart notes ofOrange Blossom, Peach, Ylang Ylang, and Lemon and base notes of Sandalwood, Cedar, Musk, and Ambergris.

Myrurgia, the Barcelona perfume industry founded in 1916 by Esteve Monegal, created the Maderas de Oriente essence, influenced by the orientalism imposed by the world of fashion and perfumes at the beginning of the 20th century. But the success and prestige that the Myrurgia house later achieved came rather from the new bottle of Maderas de Oriente conceived in 1929 by Esteve Monegal and with graphic design by Eduard Jener. The new design of Maderas de Oriente is a clear exponent of the art-deco style, which was imposed from the Exhibition of Decorative Arts held in Paris in 1925.

This bottle of Maderas de Oriente is one of the best creations of the brand. The stepped silhouette of the bottle and bakelite cap responds to the characteristic art-deco style. On the other hand, unlike those that existed at the time, the flask, is tall and flat, and has the company's name embossed on the base. On the other hand, the label that was designed by Eduard Jener, and the stylized silhouette that is inspired by the bottle itself, takes up orientalist evocations. In addition, the combination of gold, black, blue and ocher colors, while enhancing the product, imprints the stamp of distinction that has so characterized Myrurgia.