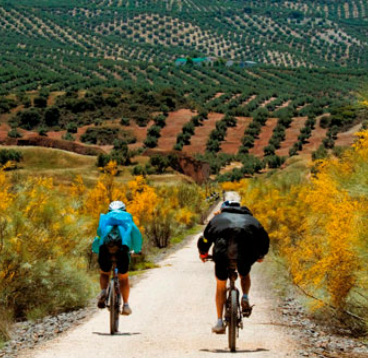 ​The natural juice obtained from the fresh, healthy fruits of the olive, extra virgin olive oil, is widely revered as one of the great ingredients of Spanish gastronomy. Its varied aromas and flavors, culinary versatility and health-giving attributes have been acknowledged and extolled by chefs, gourmets and nutritionists the world over. ​Spain's geography and climate - with extensive mountain slopes, mild or cold winters and long, hot summers - are ideal for olive cultivation. The olive tradition existed prior to the Roman domination of Spain although it was the Romans who extended cultivation and developed oil production. Over the centuries, olive-growing has had an uneven history in line with political, economic and even religious affairs, but its overwhelming, constant presence has molded the landscape in many parts of Spain and to some extent determined the lifestyle and eating habits of its inhabitants. And the tradition has now been revitalized.

Spain is the world's leading olive reserve, this being the most characteristic of Mediterranean tree species. More than 350 million olives are grown all over Spain , and in some regions the olive landscape is frankly astonishing. This is the case in some parts of Andalusia where extensive olive orchards grow alongside holm and cork oaks on broad plains or alongside green pine forests on mountain slopes, creating a landscape of outstanding beauty and personality. 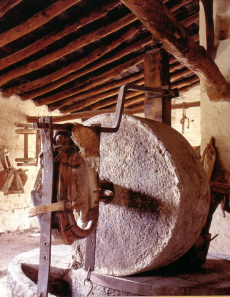 Spain is also the world's leading source of the golden juice of the olive fruit, the essence of Mediterranean cuisine. It produces about half the world's total olive oil, of which about 40% is exported, making Spain the world's leading olive oil producer and exporter. Average annual production of olive oil in Spain over recent years has been about one million tons.

There have also been important qualitative changes are currently placing Spain at the head of trends for the future of the international olive-growing sector. In recent decades, the Spanish olive sector has undergone a complex revolution. By assuming the results of scientific progress and experimentation, Spain has raised the quality and diversity of its olive oils to the highest levels in history.

Advanced growing systems, drip irrigation, integrated production and environment-friendly growing practices lead to almost perfect fruits which are harvested at their optimum ripeness, when the oil content offers maximum aromas and flavors. In addition to careful tending and harvesting of the fruit, the use of innovative extraction technology adapted to the characteristics of each olive variety and to their respective degrees of ripeness leads to oil that retains the multiple nuances that existed in the original capsule.

A wealth of varieties 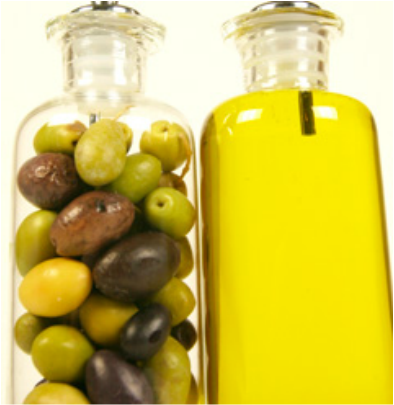 The great diversity of native olives expresses the geographical diversity of Spain. In Andalusia, the star is the Picual variety, mainly grown in the province of Jaén. But the growing area extends into the neighboring provinces of Córdoba and Granada and, northwards, into Castile-La Mancha and other regions.

The second most widely-produced variety is Cornicabra, mostly grown in Castile-La Mancha and other parts of central Spain. The resulting oils are very fruity and thick and are very useful for creating highly-esteemed blends with other olive varieties. Another of the great Spanish varieties is Arbequina, originally from Catalonia, where it grows widely. Its agronomic qualities and the sweet fruitiness of its oils have led it to be introduced into other regions and other olive-growing countries such as Argentina, Chile and Australia. Other important Spanish varieties include Hojiblanca and Picudo, whose oils have a clearly-defined personality. Also Empeltre from Aragon, Lechín from Seville and many other local varieties which are not mentioned here for reasons of space. Altogether, the Spanish map of native olives includes about 260 varieties.

In addition to the native varieties, some that come from other parts of the Mediterranean basin are now being grown in Spain, such as the Greek Koroneiki and the popular Frantoio from Tuscany, and these also contribute to the diversity of aromas and flavors of Spanish olive oils.

Another example of the strides forward being made by the Spanish olive oil sector is its warm reception of the new EU-recognized Protected Designations of Origin (PDO). These have motivated certain traditional producer locations to protect their product characteristics by adopting strict quality control criteria. In addition, help has been received to improve growing and extraction techniques from important research centers in Andalusia (the Mengíbar olive growing center in Jaén, and the Fats and Oils Institute in Seville) both considered to be top-tier institutions on a worldwide level.

Spain is famed for its wines, and wines are the essential raw material in Spain for vinegar. The Spanish wine vinegars that result from careful fermentation of white or red wines or cava, whether sweet or dry, are much praised for their intense aroma, the wide spectrum of flavors and the many varieties available. An invitation to try out different food & vinegar pairings.

Vinegars to Suit all Tastes

Spanish gastronomy is the direct heir to all these culinary traditions, and is very generous in its use of vinegar, which is added to salads, gazpachos, sauces, pickles, and marinades. In fact, Spaniards are amongst the world's largest consumers of vinegar.

Wine vinegars are made in many wine-producing parts of Spain such as Galicia, Castile-La Mancha, La Rioja and Catalonia. Special mention should be made of those made in Andalusia with the wines from Jerez (that is, Sherry vinegars) and Condado de Huelva because they are aged in oak barrels using the traditional solera and criaderas system which makes their wines so characteristic. These exquisite mahogany-colored vinegars are covered by their respective Designations of Origin.

Aromatic vinegar is also a popular traditional product. The aromas used include garlic, lavender, rosemary, tarragon, and thyme, and there are also honey, figs, cherries, and other fruit vinegars. Smooth, fine vinegar is also made from cider, a typical drink in the Principality of Asturias and the province of Guipúzcoa (Basque Country). These flavored condiments can be used in many ways. They are excellent for marinades and mayonnaise, and can replace wine as an ingredient in hot sauces for meat and fish.